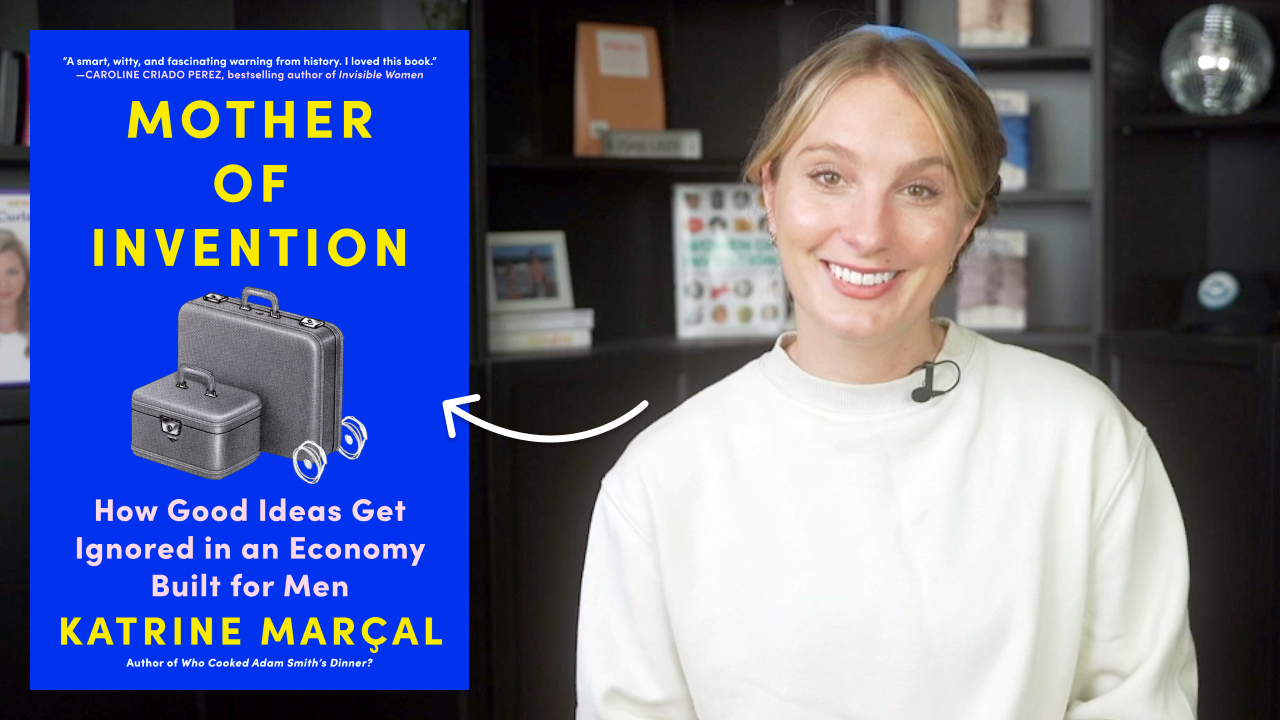 Pause for a moment and think of five women inventors off the top of your head? Can you name how much money they made with their inventions? For many women throughout history, they made very little money on their ingenious ideas, and Katrine Marçal’s book gives an inside look into why new inventions have everything to do with gender.

The blindingly obvious stares at us

Katrine starts with the simple example of a rolling suitcase. You might think that it would be obvious to put wheels on a suitcase to get to your destination now, but there was one time that men considered wheels to be hurting their masculinity (and sadly, that isn’t a joke). The first patent for a rolling suitcase was in 1970, but there were several iterations before travel took off in the 70s. The trouble was the public perception of the need for wheels. Why have wheels when your masculine husband could carry your luggage for you? Well, many women who traveled alone had something else to say about it, but it would be another fifteen years before the wheeled suitcase became a regular staple for travelers. Katrine points out that new technology is often here at our very finger tips, but the block to progress is often a resistance based in the systematic ideas of gender roles.

It helps if she has money

“Necessity is the mother of invention, the saying goes, but it also helps if she has money.”

In 2019, 83% of deals made in the UK by venture capitalists had zero women on their founding team. As you might be able to assume, those deals led to 97% of venture capital funds going entirely to men. These funds dictate our social media use, the apps we interact with, the very hardware in the systems we use to use that software, and consequently controls much of what we consume and use on a daily basis.

If you’re alarmed reading that, you should be. For women who attempt to receive venture capital, they are told to dominate the room, take back control, and own their space. The language taught to women entrepreneurs only echoes the masculine approach to dominate, rather than open the door towards open contribution that benefits our society as a whole.

But if those women with bright ideas get denied money, where do all the phenomenal society-changing inventions go? In history, they are left to broken pages, often forgotten by time. Until they make a circle back into society, but this time with the opposite gender in role as the leader. Electric cars are just one example as Katrine points out. A once “feminine” car is now the leading tech guy’s car of choice. So if anyone asks you why you brought gender into the conversation of invention, tell them to look up advertisements about the electric vehicle 100 years ago.

Being liked is survival

There is no question about how powerful consumer dollars can be, but Katrine notes the cost of a woman’s wielding of consumer influence comes at her own expense. In the age of influencers and social media, we often turn to people we follow online to help us make consumer decisions. For many female creators and influencers, this can come at a great cost to their own privacy for the sake of running a business.

The notion follows itself deep into history where a women’s ability to be liked, helped her survive. Girls are still taught this same mindset today, to always be aware of what other’s think of them. We see countless examples in the media we consume, the social media trends we follow, where every woman has learned how being liked can equate to financial gain. A women’s relationships holding more weight in economic and social gain, far more than men have to strive for.

One hand tied back

Katrine notes the loss of how many humans society has shut out who could have brought new inventions and innovation to benefit everyone. That loss is still felt with the continual exclusion of funding towards women entrepreneurs and inventors. Think of what our society could have if we cut the rope to release the other hand to help contribute towards the brightest ideas of this century?

Mother of Invention is not only pointing out how painful the disconnection of female-ingenuity is in our world, but it also shifts the arrow to see how language has dictated the perception of women-made inventions. There is a reason we refer to skills as “soft” and “hard” and that directly influences how those skills are paid, even centuries later. Katrine offers that if we included women’s tools in the history of technology, the entire meaning would change.

We need the witch

It is hard to imagine a world that doesn’t exist yet. Inventors see things as they could be, which starts by imagining a world different from this one. Katrine reminds us that we need the witch and not just because she is a woman, but because of what she represents. A road not yet traveled. The witch is the connection to the earth, the understanding of community needs, and the ability to create despite society deeming her to be dangerous.

And perhaps women are dangerous.

We see the world as it could be, which threatens the foundation of those who have benefitted from our silence, our compliance to the way things are. We’re dangerous because we know what it feels like to be burned at the stake for our ideas. We sit in boardrooms full of men dictating our collective futures and despite all disappointments, we get up and try again, and again, and again.

Katrine’s book is a reminder of the historical context that women have had to live through. She gives us tangible evidence to our feelings and gives a glimmer of hope of what could be when women’s ideas are brought to the forefront of invention.

So if you’re looking for a book that holds space for you to grieve what we’ve lost but also simultaneously uplifts how important your ideas are as an entrepreneur, this is a narrative worth reading.

You can read or listen to her book here. 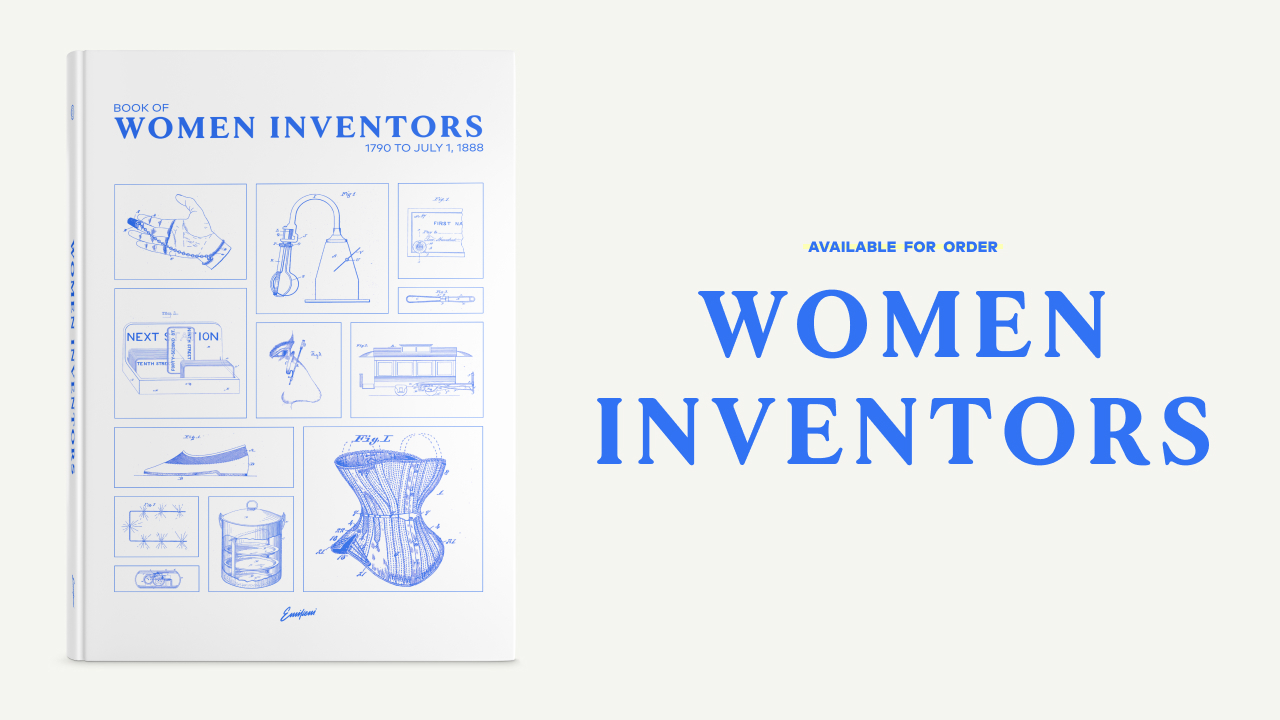 I am so excited to share with you this new edition of patents that have changed our history. 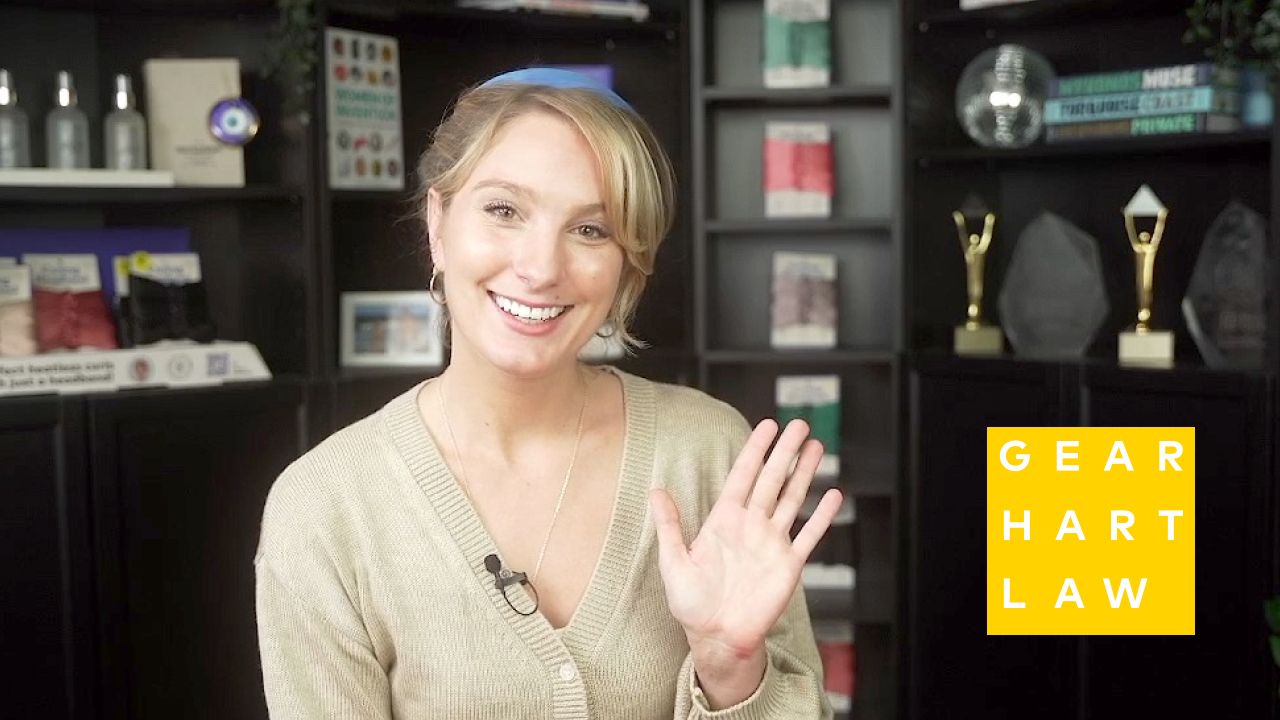 The insights from Gearhart Law’s Inventors Tell All: How To Break Into a Crowded Market

I was a speaker on the panel that talked about everything from inventing a new idea to strategies in the market for a new product launch. 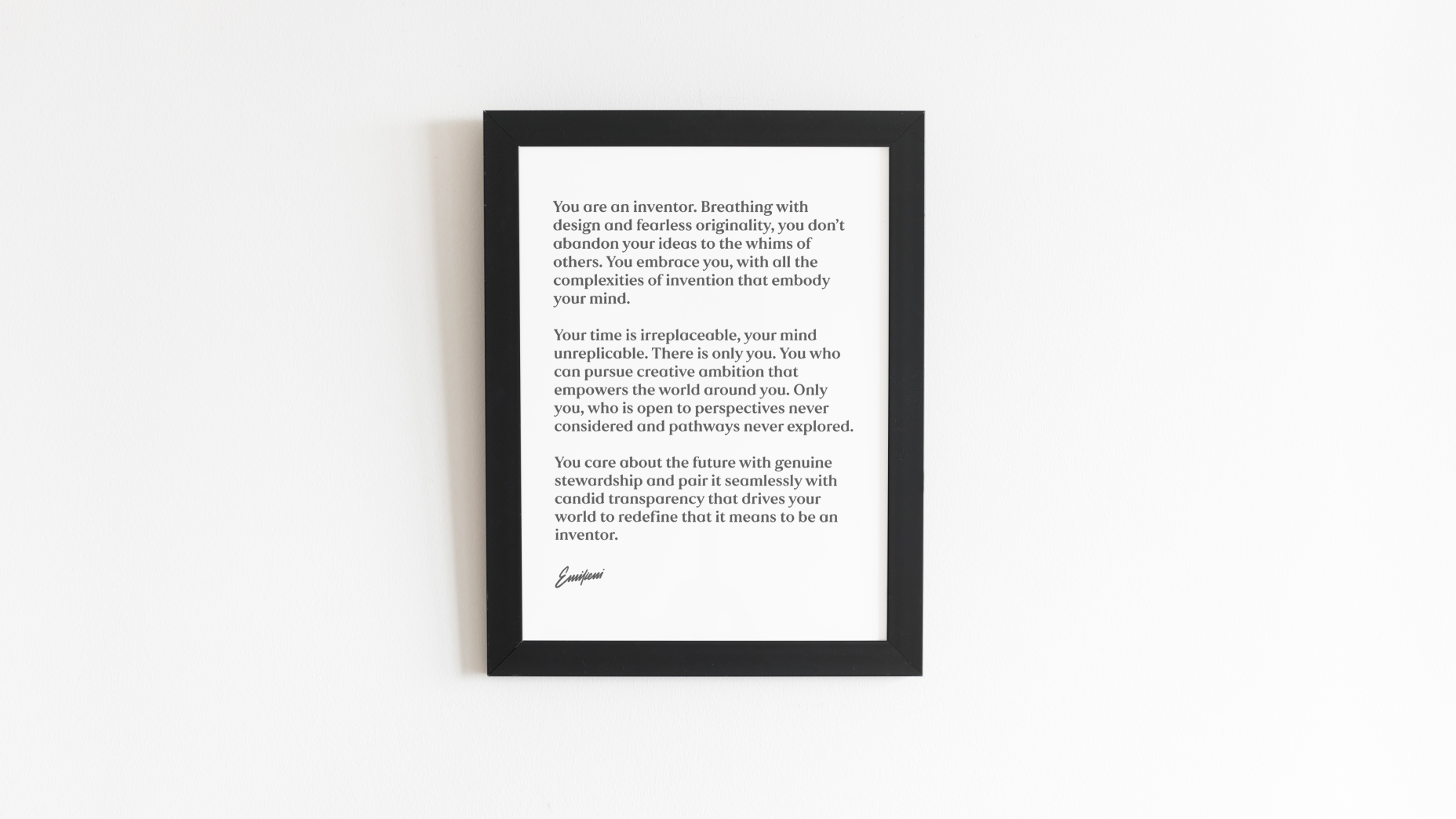 You Are An Inventor

You are an inventor. Breathing with design and fearless originality, you don’t abandon your ideas to the whims of others.